Feel the history’s pulse of Ningbonese figures at The Bauhinia

Feel the history’s pulse of Ningbonese figures at The Bauhinia

The Yong River is long and Siming Mountain is towering. For many years, Ningbonese figures born in Ningbo have thrived beyond national borders,

earning a title that Ningbo people all over the world are proud of. They have created nearly 100 national firsts in emerging fields such as shipping, finance and industry:

- The shareholders of Ningbo Beihao invested in the purchase of Baoshun Ship, the first steamship in China’s shipping history; The Imperial Bank of China - Nowadays, we can vaguely see the glorious history of Shaw Brothers Pictures through the Run Run Shaw buildings all over China… 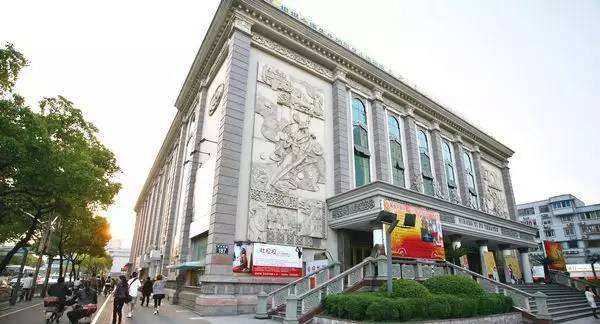 not only represent the great wealth created by Ningbonese figures, but also embody their entrepreneurial passion and glory. Mr. Mo Dingjian, General Manager of Ningbo Yongshang Real Estate, recalled: “At the end of the 1970s, there were over 100,000 Ningbo people 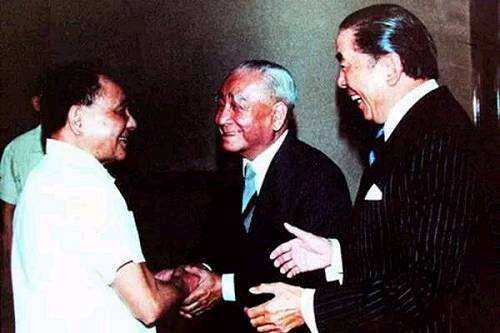 After the call to “pool efforts from Ningbonese figures worldwide to build Ningbo” was made, global shipping tycoon Pao Yue Kong returned to his hometown of Ningbo in October 1984 and donated RMB50 million worth of foreign exchange to establish Ningbo University. Later, many Ningbonese figures at home and abroad, including Run Run Shaw,

According to statistics, from 1984 to 2008, more than 600 overseas Ningbonese figures and Ningbo supporters donated about RMB1.2 billion equivalent in total to build over 300 primary and secondary schools or academic buildings, more than 100 hospitals, nursing homes, nurseries,

children’s palaces and libraries, and a number of roads and bridges, and to finance production and scientific research activities.

Ningbo, as the common hometown of Ningbonese figures all over the world, has an irreplaceable position. Trees may grow tall, yet fallen leaves will return to the ground by the roots.

in Ningbo cannot be reproduced or replaced.

Prof. Anna Pao Sohmen, , the eldest daughter of Mr. Pao Yue Kong, described The Bauhinia as a flower sprung up in Ningbo, a domicile for Ningbonese figures.

A new generation of Ningbonese figures came from all over the world to see the place where their roots are.

Behind the passing of the torch is their same bloodline and their strong feelings for the same hometown. Rendering of the office building of The Bauhinia

The headquarters of International Ningbo Merchants Association is on the first floor of the clubhouse of The Bauhinia. On 17 April 2009,

the International Ningbo Merchants Association was established in Hong Kong. With Ningbo companies as the key members and Hong Kong as the business platform,

it connects with Ningbo merchant associations at home and abroad, builds a global liaison platform, develops new opportunities for cooperation and development,

and pool talents, capital and information resources of Ningbo merchants to build a better hometown and revive the Chinese nation .

In October 2018, on the 100th birthday of Mr. Pao Yue Kong , the headquarters of International Ningbo Merchants Association was officially unveiled in The Bauhinia.

Since then, overseas Ningbonese have a common domicile in Ningbo.

The Bauhinia (the fifth from left is Prof. Anna Pao Sohmen, the eldest daughter of Mr. Pao Yue Kong)

The 5,000 m2 association premises of International Ningbo Merchants Association has a high reputation and status. It serves as a living room for overseas Ningbonese

figures in Ningbo and an important gathering venue for Ningbonese figures. At the entrance, a standing statue of Venus of Chinese Family Names conveys the good intentions of Prof. Anna Pao Sohmen who selected it.

The combination of Chinese family names with the image of Venus in the west reflects the integration of oriental language and culture and world culture,

just like the business legend of Ningbonese figures that has dominated the international business world for more than half a century,

which is difficult to reproduce and full of charm. A sculpture created by Zhang Tiemei in 2013

ZJH Code of Landscape, a Mondrian painting created by Huang Yan, one of China’s representative contemporary avant-garde artists, also found its way in The Bauhinia.

It is not hard to observe a kind of inclusive and eclectic local spirit, which has led Ningbonese figures from coalition,

rise and prosperity to rejuvenation in the past 200 years.

Picture of the painting ZJH Code of Landscape

hometown with technology and capital to directly participate in entrepreneurial activities,

The eight artworks placed at The Bauhinia were selected and purchased personally by Prof. Anna Pao Sohmen,

including a Chinese painting of bauhinia and a tulip leaf in the office building of the Maritime Silk Road Shipping Building.

The tulip leaf was specially placed in Ningbo by Prof. Anna Pao Sohmen, and the twin to it is housed at Hong Kong Chamber of Commerce-Zhejiang.

Chairman of China Sub-Committee of Hong Kong Shipowners Association and Chairman of TCC Group, is the third generation of the Koo family.

Once upon a time, the ancestors of the Koo family went overseas from Ningbo. Nowadays, the second and third generations of Ningbonese figures return

to Ningbo to trace their roots as they inherit the wishes of their ancestors to promote the well-being of and give back to their hometown, their like-minded city.

The roots of Hong Kong Shipowners Association are in Ningbo. We are not going to Ningbo, but returning to Ningbo."

Picture taken at the office building of The Bauhinia, the Maritime Silk Road Shipping Building

not only signifies Ningbo’s position in the Belt and Road Initiative, but also embodies the untainted passion of Ningbonese figures to develop Ningbo

and the spiritual significance of passing the torch.

The ocean-like ambition has made Ningbo Zhoushan Port a world leader in cargo throughput nowadays.

and to the stationing of Ningbonese figures in The Bauhinia in Eastern New Town, when we pick up the memories of the years again,

we find that Ningbonese figures and Ningbo are always inextricably linked.

Ningbonese figures used to explore the world from generation to generation, and now they return to their hometown together… Now, the 25-storey building stands impressively at the junction of Ningdong Road and Haiyan Road, which is virtually the core of the core of Eastern New Town.

The U-shaped structure connects the office building of the Maritime Silk Road Shipping Building with the apartment building of Guobin Mansion.

Standing on the first floor of the building, Hankyu Department Store to the south is about to open for business;

to the east, Ningbo Administrative Service Centre is behind a W-shaped building; to the north is Ningbo’s “financial silicon valley” and international shipping hub,

with the head offices of more than 20 banks located in the area; and to the west is the central park under construction, where metro line 5 and line 1 intersect…

Aerial rendering of the project

On the eastern CBD, where every inch of land is precious, The Bauhinia is like a moon surrounded by stars,

which may represent its extraordinary position in the hearts of Ningbo people.

Like the descendants of Ningbonese figures who have lived in Hong Kong for a long time, Mo Dingjian,

General Manager of Ningbo Yongshang Real Estate, has made it a home. Like many old residences in Shanghai, Guobin Mansion integrates elegant Chinese design and European modern aesthetics to make each floor full of magnificence and elegance.

This is the third year Mr. Mo has lived in The Bauhinia. Through the huge glass curtain wall of Guobin Mansion,

you can overlook the vitality and prosperity of eastern Ningbo. Mr. Mo told us that many Ningbonese figures have bought apartments in

The Bauhinia for their next generation to live in Ningbo. It is very likely that business cooperation may start between fellow residents. “Ningbo merchants have business dealings all over China.”

The spirit of Ningbonese figures originating nearly a century ago is still nostalgic and remains uninterrupted.

0
Article website: http://en.the-bauhinia.com/news/469.html
The last: Maritime Silk Road makes its debut in Ningbo for the centennial birthday of a shipping tycoon2018-11-17
Next up: Come and join them at The Bauhinia!2018-06-19